Laika is an urban stroller, suitable from birth to approximately 3. years old (0 - 1 kg). Simply remove the seat of the urban stroller and transform Laika into a pram by attaching our Laika Soft Carrycot. Besides the soft carrycot, any baby car seat can be attached to this compact stroller for a full from-birth mobility solution (sold separately). The urban lightweight stroller fits any urban lifestyle. Stroll through the city’s narrow streets and easily carry Laika up steps and onto public transportation. Thanks to its compact size and light weight, Laika easily comes along. The included shoulder strap ensures effortless walking. Fold the urban stroller, using only one hand and experience how light the stroller is as you continue your stroll through the city. This lightweight stroller is not only comfortable for you as a parent, but even more for your little one. The stroller has an extra-padded, high seat that safely cocoons your baby. The flexible travel system allows for a convenient from-birth solution, for a comfy stroll for you and your little one from day one. will cover you for the lifetime of your product if you register your product on our website within 3 months of purchase. Terms and conditions will apply.

DJE
Excellent buggy light weight, folds up quickly very strong. Really pleased with it. Much better than our old mcclaren buggy.
R. Stevens
With this pushchair MaxiCosi have had some clear goals - it needed to be compact and it needed to be light. All well and good, but they have sacrificed some ergonomics in order to achieve their goals. Many of the adjustments and transitions are fiddly and awkward, requiring the manipulation of straps and poppers all over the place.

The way the pushchair folds is great and it can be achieved one-handed as advertised. However, there are two caveats to that. Firstly, you need to have the front wheels facing backwards for it to fold properly, so you need to get the knack of somehow rolling the front wheels back whilst folding the frame forwards, which isn’t always achievable depending upon the surface you’re on. Secondly, I can’t seem to avoid the leg rest ending up rubbing on the ground and getting dirty; it just sticks out at the bottom of the collapsing frame and touches the floor. Multiple attempts to avoid this have resulted in no improvement and it just seems to be the way things are. Of course, this is not ideal if the ground is wet or even muddy.

Once folded, the pushchair is not really small, but it is impressively compact and easy to get into the boot of most cars (possibly even the boot of a Mini, which was the bane of our first child as nothing would fit). Unfolded and rolling things are not too bad; the small wheels will seek out every crack and bump, giving a juddery ride (though this is the case of any small wheeled buggy). The fixed handle is at a decent height, but could be a little higher for taller people, and manoeuvrability is good. The storage underneath is small and hard to access, especially when configured for baby carrier or carry cot, but you can’t really expect better from a compact form factor. Materials are good quality and the overall looks is appealing, so you won’t have much ‘buggy-envy’ when looking at other around you.

You would think that one of the advantages of getting a MaxiCosy brand pushchair would be when using a MaxiCosy baby carrier. Surprisingly, you still need to use adapters to do so (though they are supplied), and these clip into more adapters that clip onto the frame of the pushchair. The idea appears to be that adapters should remain on the baby carrier, since they’re a bit of a pig to remove, and they have their own release buttons to unclip them from the pushchair. One result of this is that the release buttons are even lower down than the baby carrier ones and you need to bend over lot further to reach them, which can include an awkward reach over the baby carrier as well. My wife hates this, since her back isn’t in great shape anyway and post-delivery things are worse.

We also got the optional soft carry cot to complete the pushchairs “from birth” credentials. That’s reviewed separately but, in resumé, it is just as fiddly as the rest of the pushchair. To install it you partially dismantle the seat (removing the hood) and lie it flat, then you place the carrycot onto it and fix it by threading straps with poppers near the foot end and two detachable straps at the head end that need to be threaded around the frame and clipped back onto the carrycot. It you’re taking the cot off and on a lot, this will probably annoy over time and is synonymous of the whole package. MaxiCosi’s designers have said to themselves, “What’s the smallest, lightest solution to this problem?”, whilst appearing to not consider everyday usability at all. Very little about the pushchair is intuitive or simple (outside of folding it), as illustrated by the quantity of YouTube videos explaining how to do use it.

The world of pushchairs is a vast and confusing array of choice you are presented with. None of them are perfect, all have compromises and foibles, so the Laika is not as handicapped as it might appear from my comments above. It is a good pushchair made from quality parts and materials and it does what it was designed for; provides a light and compact from-birth baby transport solution. If you’re willing (or obliged, for reasons of space) to put up with the ergonomic sacrifices made to achieve those goals then you’ll probably be happy with it; despite everything I’ve said it is a quality pushchair. I’d suggest watching the YouTube videos published by MaxiCosi to see what you’re getting yourself into (don’t forget, it is never as easy as they make it look).

One closing comment; I did some research on the carrycot and it is not suitable for nighttime sleeping (information that’s impossible to find in the MaxiCosy documentation), so if you’re looking for a pushchair/carrycot combination that also doubles as a bed, then I wouldn’t advise this one. The carrycot is lacking the ventilation in the base and mattress that is recommended for longterm sleeping.

The Iron Maiden
My sister (and my little niece) reviewed this pushchair for me. She said the following:

The Maxi Cosi Laika is easy to assemble - simply push the button to unlock the frame and open, then put the bumper bar on.

The bumper and handlebar are both covered in the same colour brown leather material, which is quite stylish and an unusual contrast to the Nomad Grey finish of the material.

There is a brake lever by the back wheel which is easy to operate by pushing down with your foot then clicking back up to unlock.

There is a handy shopping basket underneath the seat.

This pushchair comes with a grey rain/sun cover made of the same grey material as the seat. It has an extendable panel to add extra protection.

The harness is five point and easy to secure and adjust. Two clips fasten in to the main buckle.

The seat reclines in three positions from upright to middle to flat, using a strap and buckle system.

The pushchair folds down neatly into a very compact size with a simple push of a button and squeezing the handle. This is so quick and simple that it’s a godsend when you have a baby in one hand and are trying to get the pushchair in the back of the car with the other. It comes with a shoulder strap so once folded it is easy to carry while perhaps holding on to a small child also. It is quite light and easily portable. To unlock the pushchair, simply press the auto-lock button and it will auto unfold. My only negative feedback about the folding mechanism is about the clip that keeps the folded pushchair in place. It takes some effort to clip in, and ensure that it has engaged.

This pushchair works with additional optional accessories (not included) purchasable from the Maxi Cosi range. These are the Laika soft carrycot for newborn babies and the Maxi Cosi car seat. Car seat adapters already come provided with the pushchair.
Mumu99
This is our first foray into maxi cosi for prams and strollers having tried out many others on the market. The assembly isn’t entirely intuitive as with some prams so I did have to refer to the online videos which show how to open and close up the pram.
The pram itself looks very nice and is really very sturdy and strong and adjusting the straps to different heights was not too bad compared to others (I’ve found adjustment with Icandy hard in the past).
It comes with attachments for maxi cosi carry car seat and carrycot (not included) and having used attachments with others before these are fairly straightforward - though always make sure you are trying to attach the right way round!
Although this is the compact travel system it’s really not “that” light but if folds reasonably small but it has a decent but not very large basket and importantly has the recliner and a good shade which some travel pushchairs don’t. I must confess we love the brutal holiday as it really is very light and can be taken on board a plane whereas this really can’t. It will however survive in the hold far better.
To open and close you use a lever and then lift the buggy “one handed” which takes a little getting used to and I still need both hands! Overall pretty decent but not as light as you might think!
Recommend Products 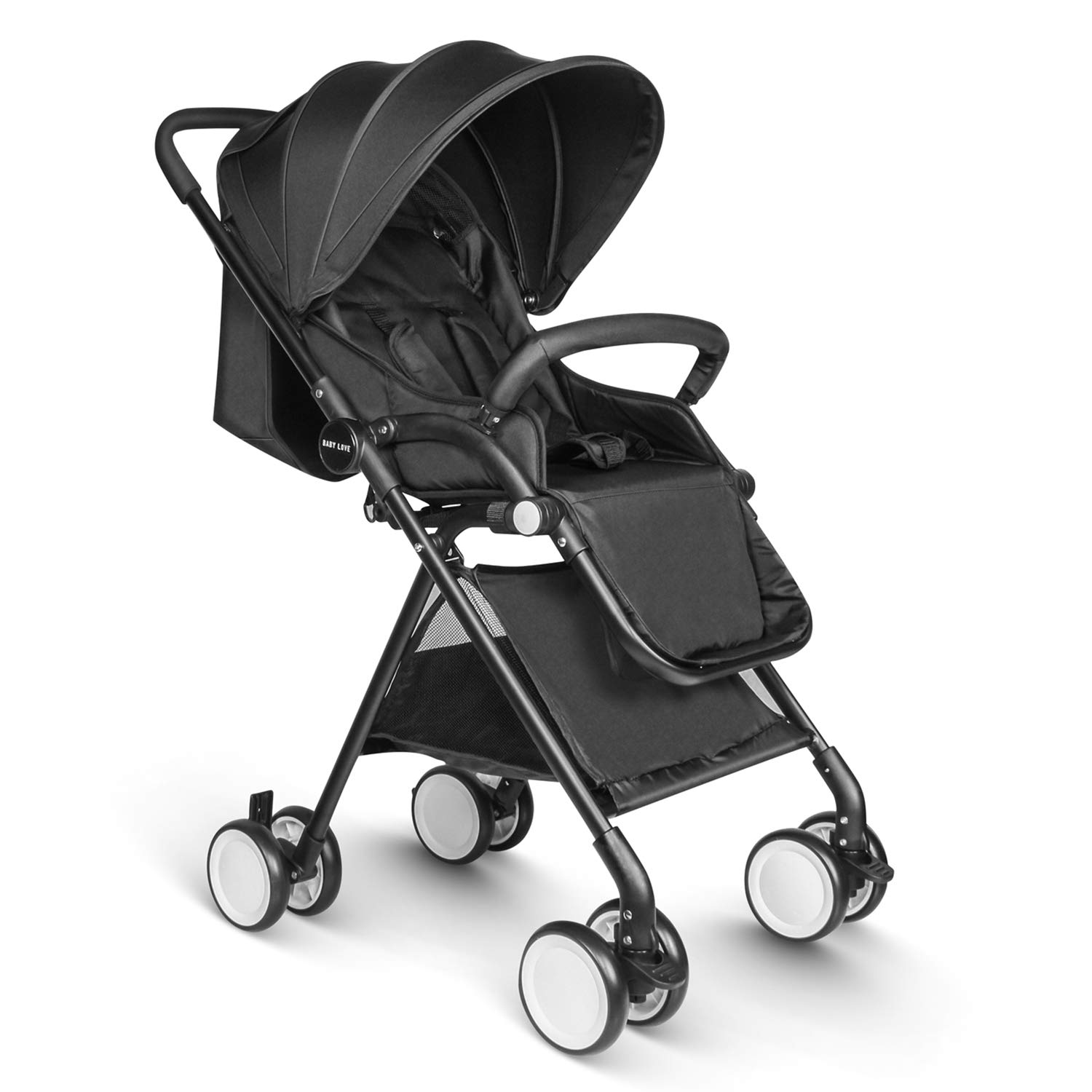 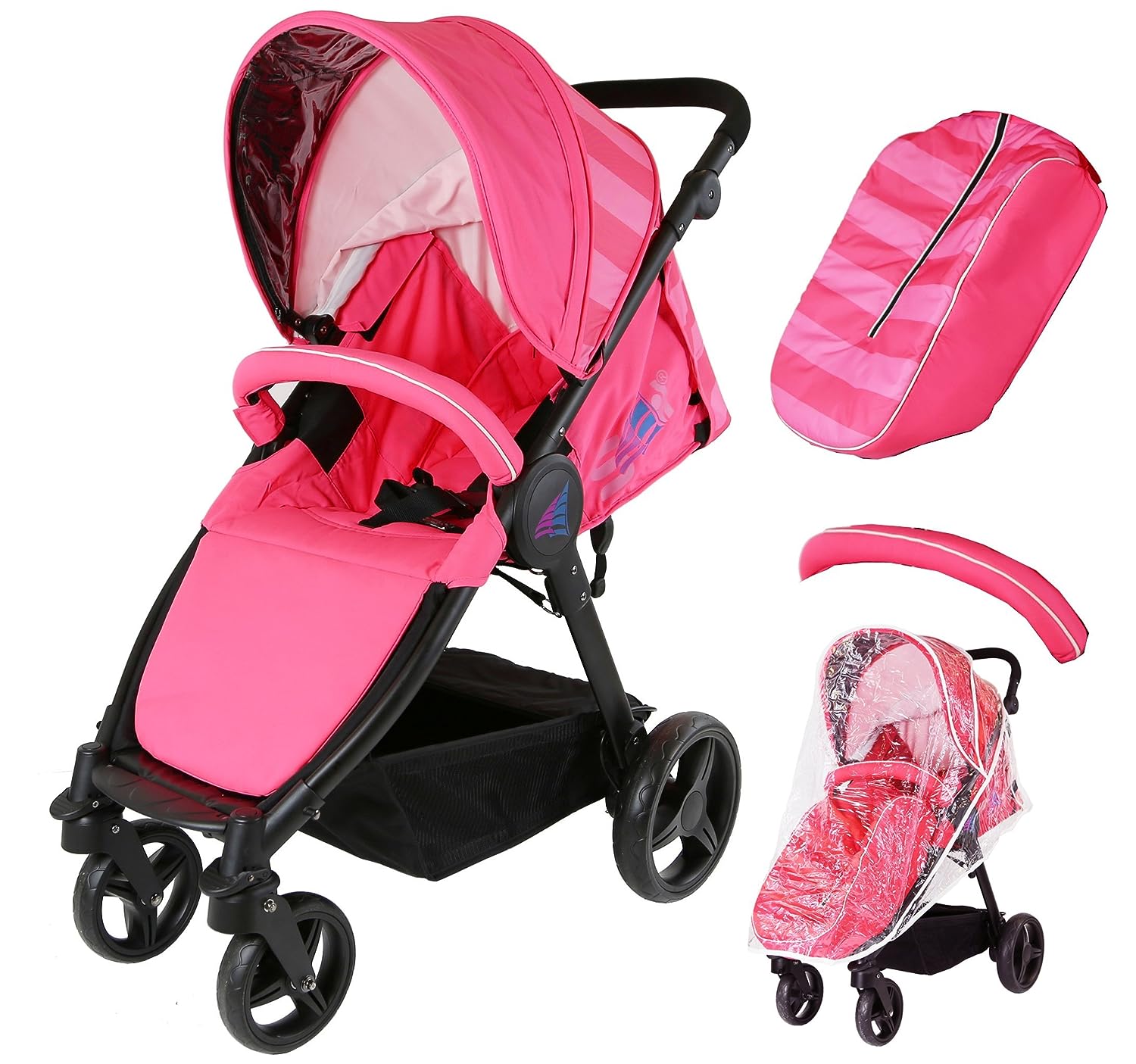 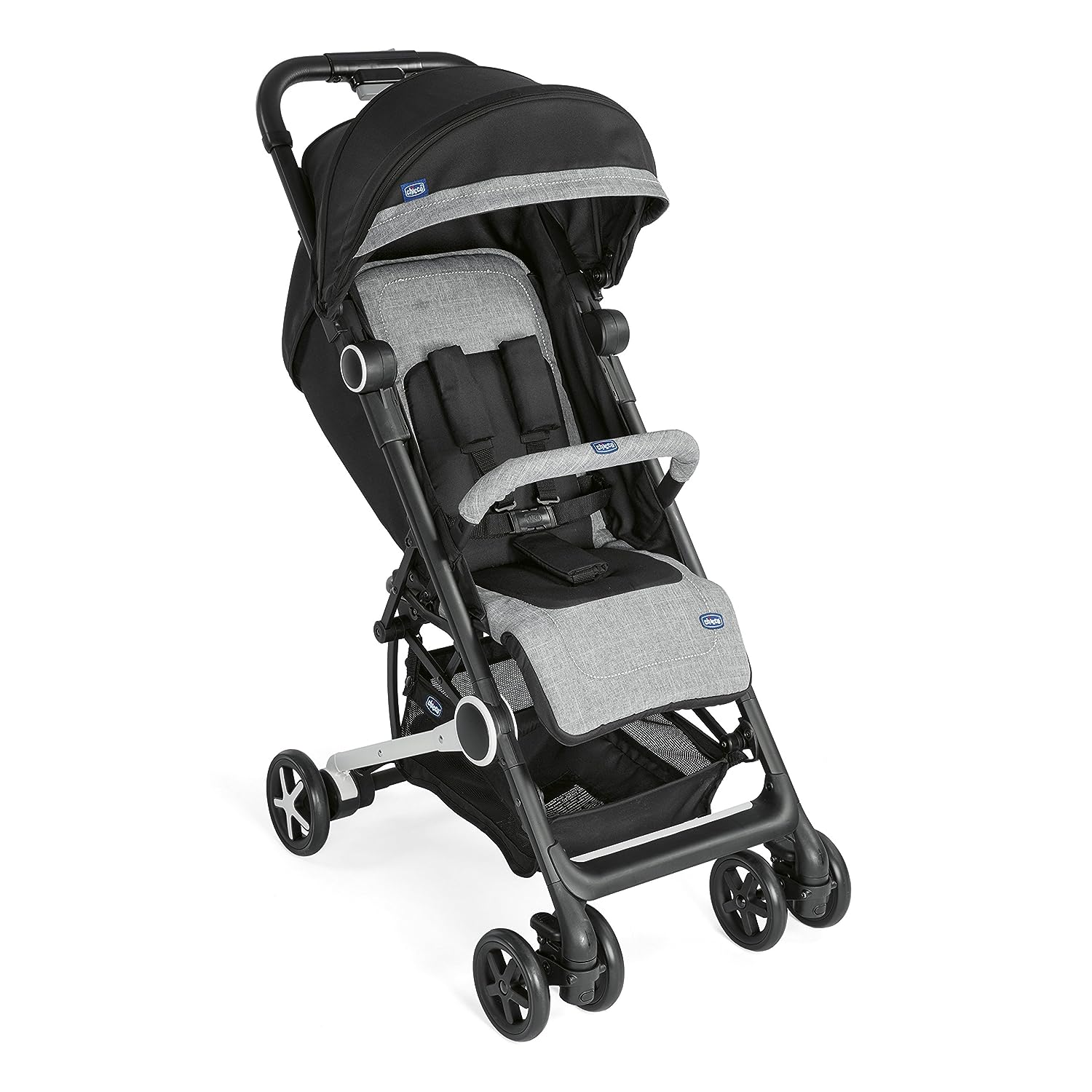 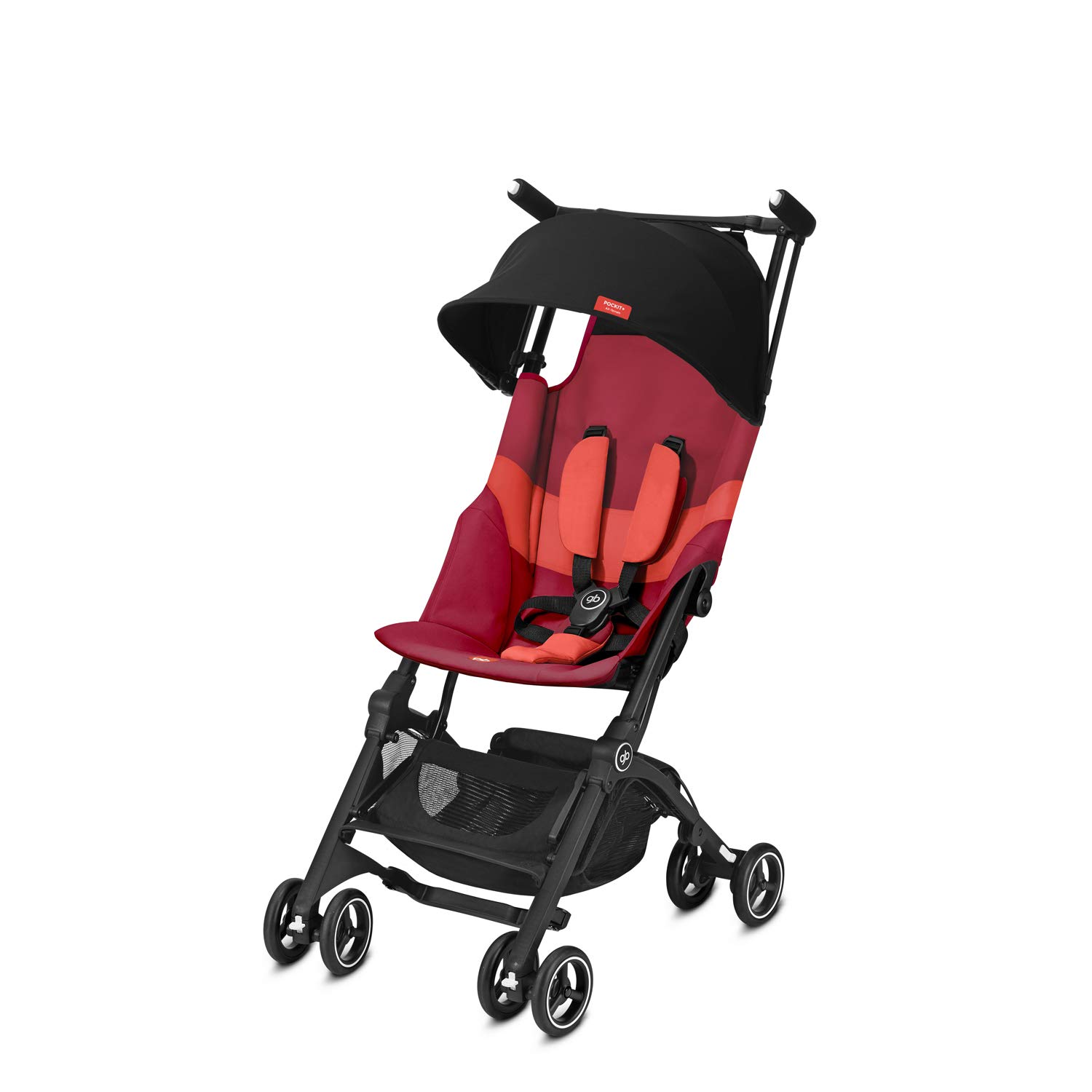 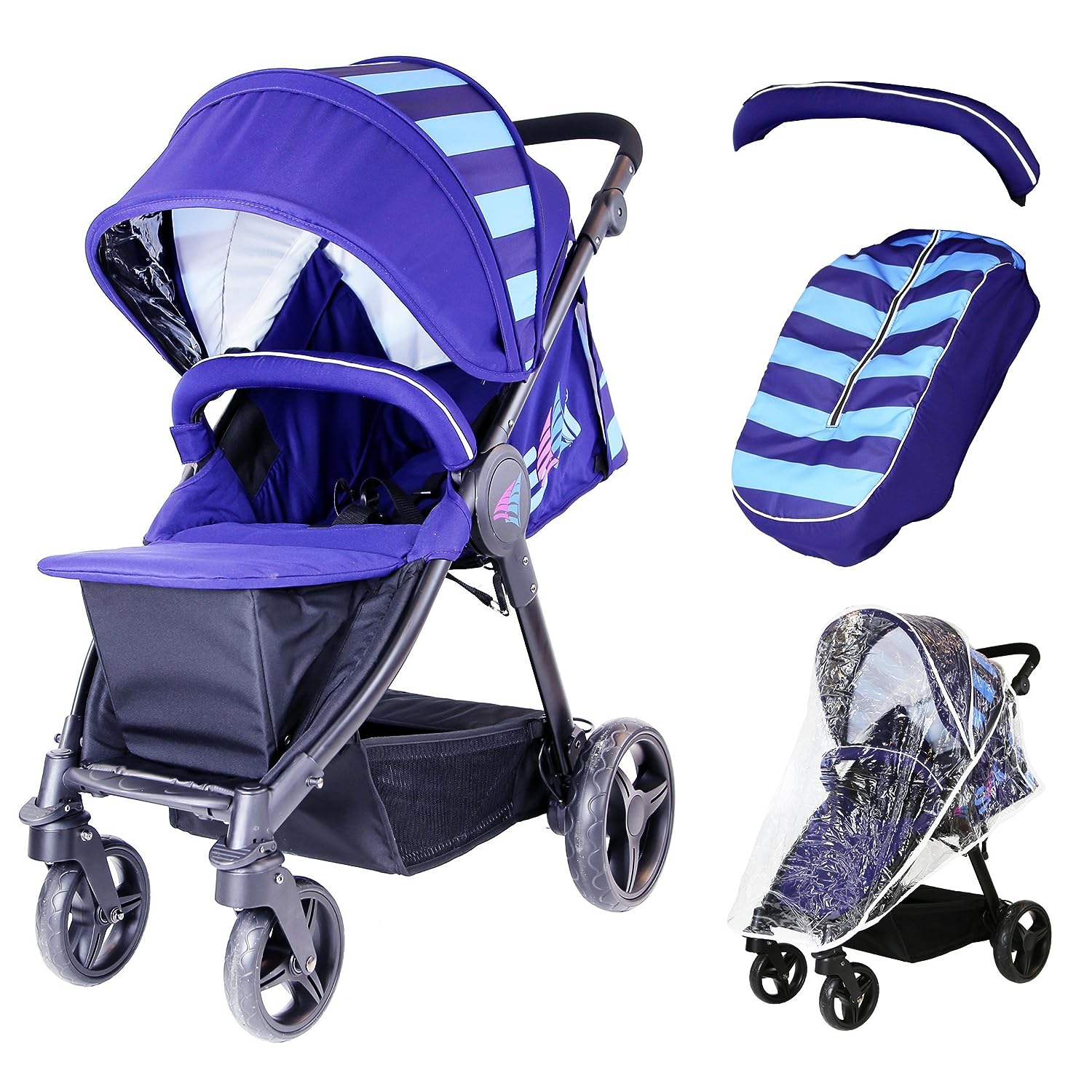 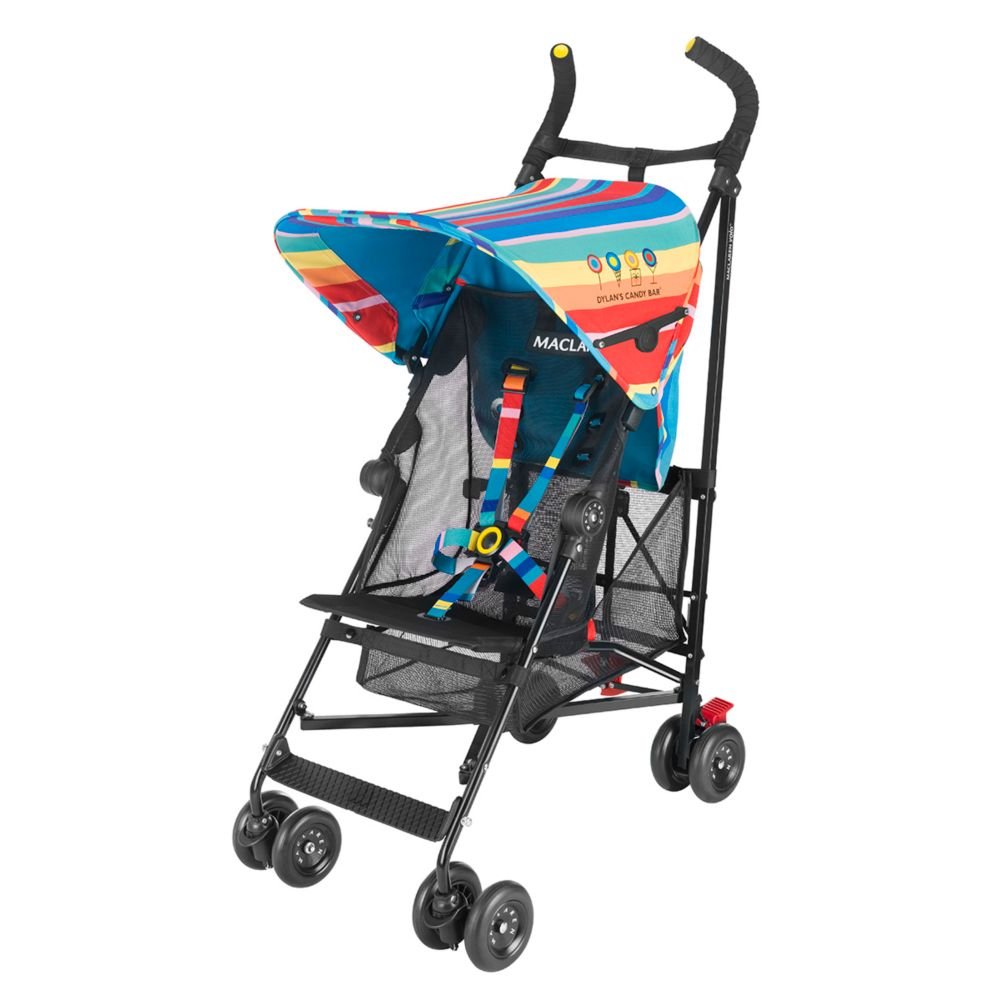 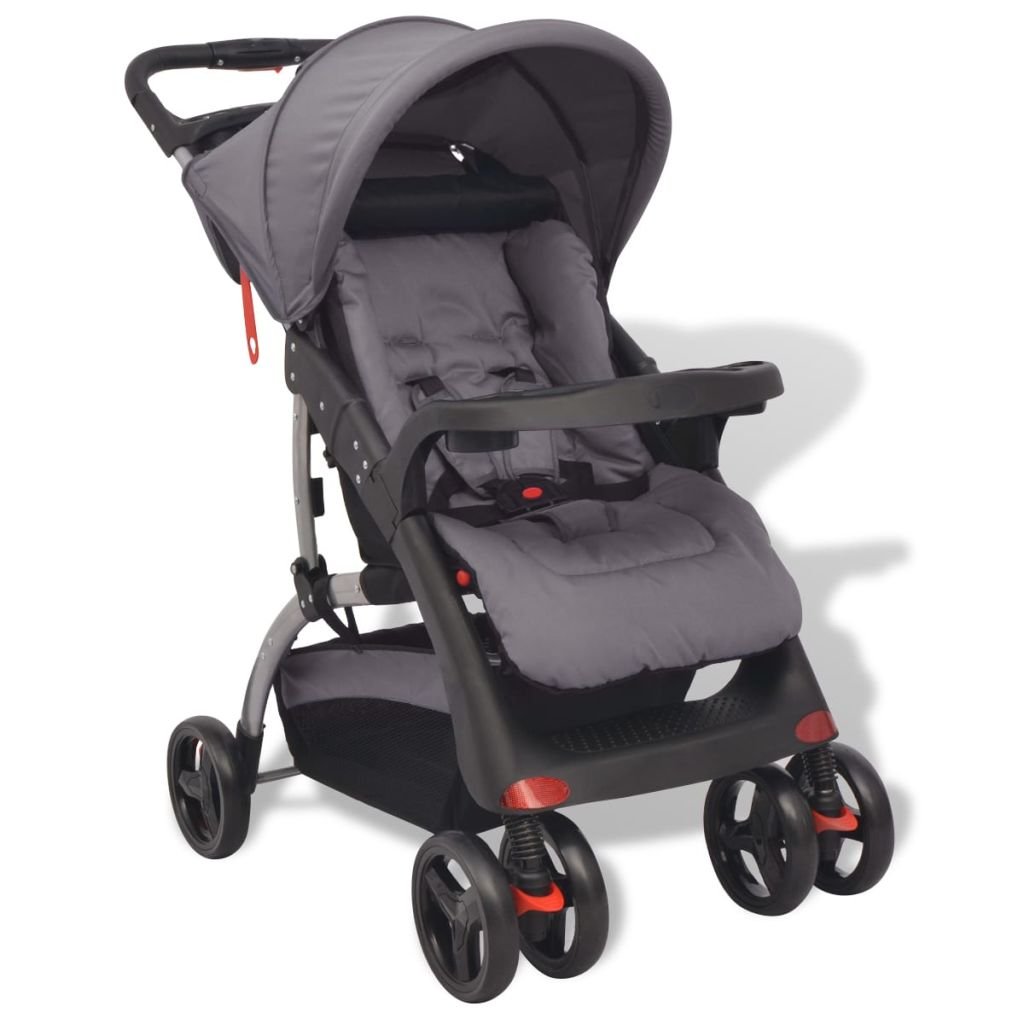 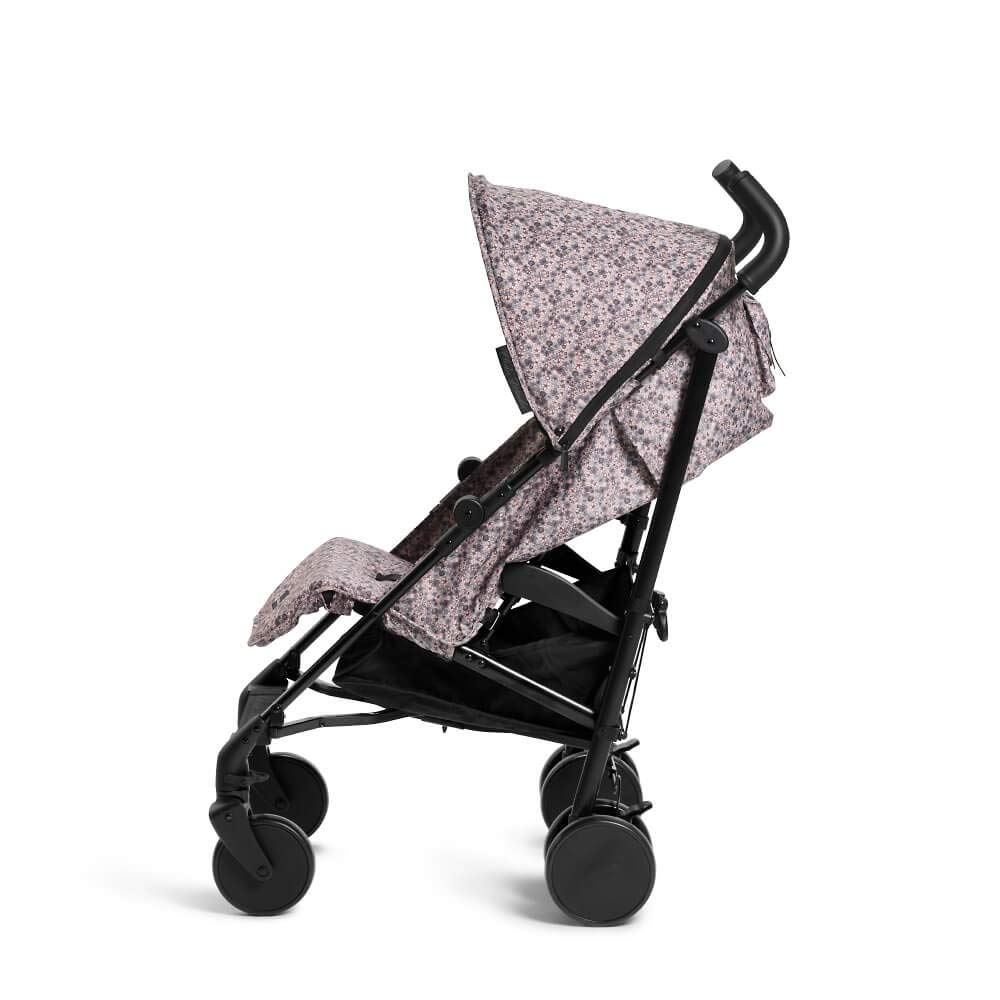 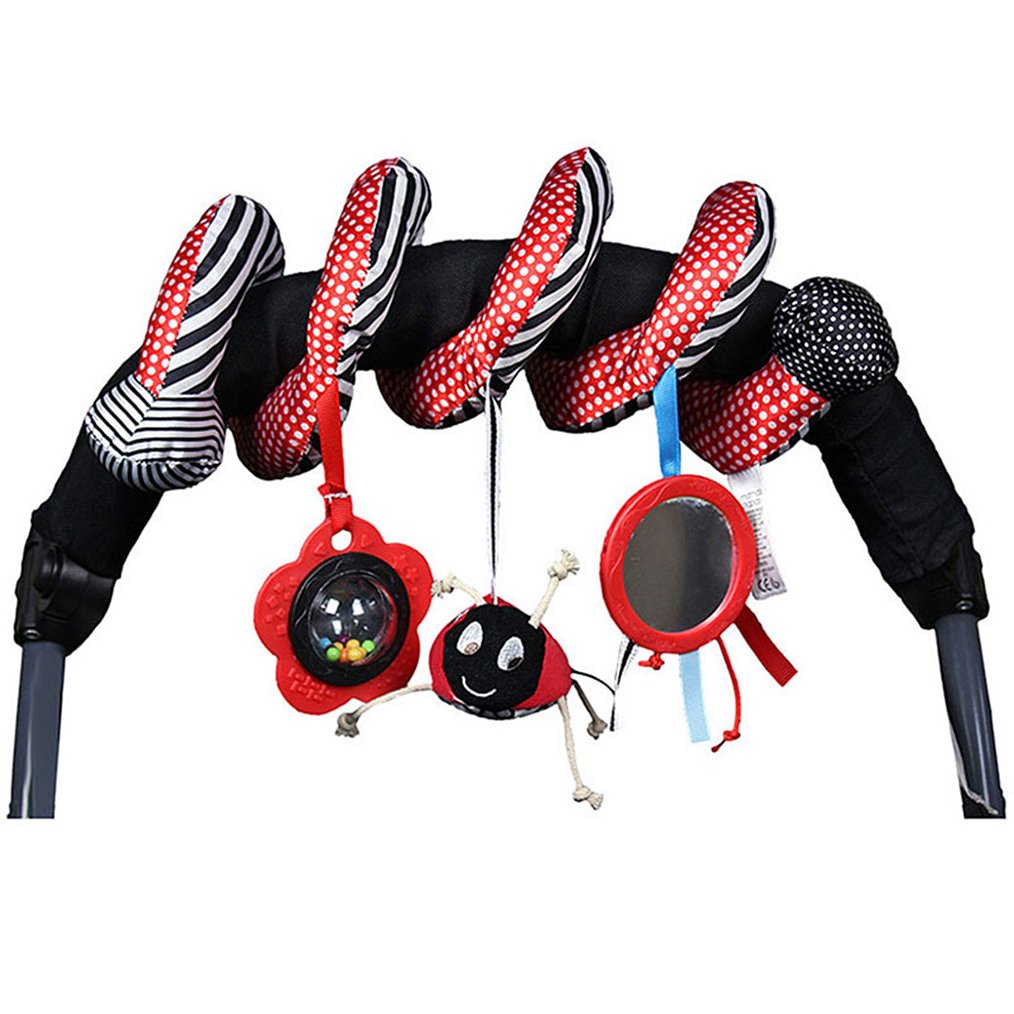 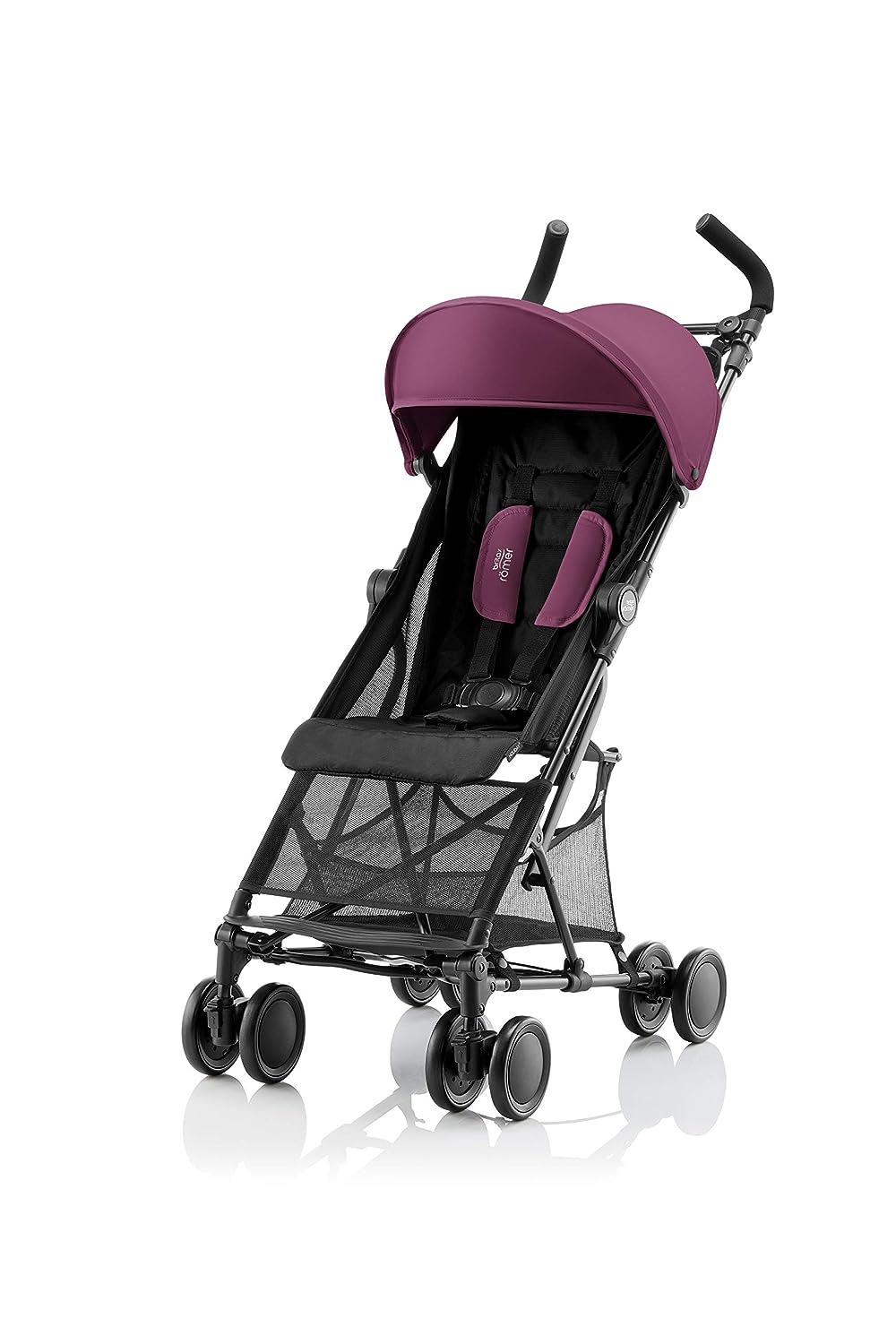